The Inner Sydney Montessori School has up to 300 students enrolled in our 3 – 12 year age groups and approximately 100 families enrolled each term in our 0 – 3 program spread over two campuses, closely connected, in Balmain and Lilyfield.

ISMS is a leading Sydney Primary and Preschool, and is one of Australia’s largest and most dynamic Montessori schools.

The larger campus at Balmain includes three Pre Primary classes catering for 3 – 6 year olds, and seven Primary school classes, for children aged 6 – 9 or 9 – 12. The classrooms overlook leafy play areas and are large, bright and air conditioned. The School has structured play areas for Pre Primary and Primary, and makes daily use of nearby Punch Park for lunchtime play and sport.

The Lilyfield campus is comprised of two Pre Primary classes for children aged 3 – 6. The large classrooms are air-conditioned and overlook a playground that includes a permaculture garden. Children progress to the Balmain campus for Stage 2 sometime soon after they turn six.

The Rozelle campus, along with Balmain, hosts classes for parents and their infants from pregnancy to three years.

A school bus service operates between Balmain and Lilyfield to support those families who have children at both locations. The bus also delivers morning and extended day (Kindergarten) children to Elouera, the Aftercare service offered to Stage 1 children. 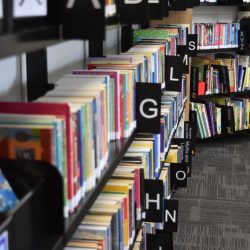